A lot of firsts happened on our wonderful Labor Day weekend trip to see the Garretts. Kaden's first airplane ride. Kaden's first belly dancer. Our first Turkish food. Kaden becoming a full time walker. And we all got to visit Miller Park for the first time together. The weather was beautiful and the agenda was packed full of a few of Milwaukee's Bests. 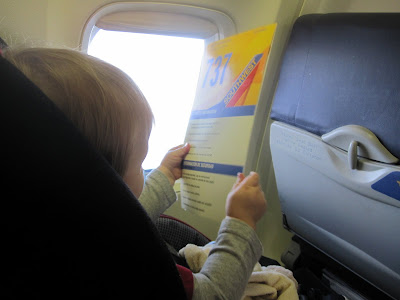 Justin and I had thought it would be nice to have an extra pair of hands for the trip since it would be Kaden's first plane ride so we invited my nephew, Brett. Brett lives 3 hours south of us so luckily Papa Tom met me in Nevada on Thursday for the hand off. It was early to bed on Thursday because our flight left at 7:30 am on Friday morning, putting us in Milwaukee just before nine. The big boys went and golfed while the kiddos and mommies got caught up on some much needed sleep. After a relaxing day, we headed to Tulip which served Turkish food and happened to have a belly dancer which Kaden wasn't able to take his eyes off of except for when it came time to take a picture with her. 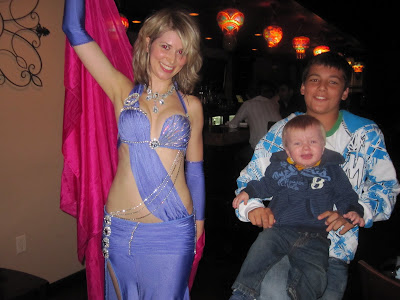 Saturday we headed to the Harley Museum with the Evil Knievel exhibit, followed up by a night at Dave and Busters. Kaden and Gisele were perfect kiddos all day long. They both enjoyed being pushed around in their strollers, ate like champs and enjoyed the music. Okay, so Kaden enjoyed the music while Gisele slept. 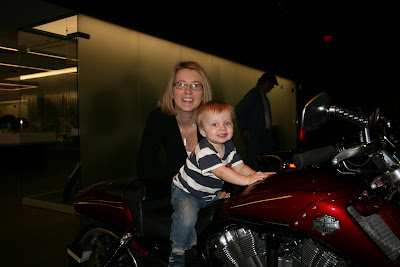 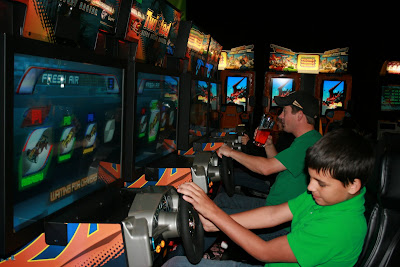 On Sunday we decided to enjoy the weather outside and took a tour of the Milwaukee County Zoo. The zoo was more than we expected, it had a great monkey exhibit and Kaden loved watching the gorillas. The bears, lions and tigers-OH MY-were all very active since it was nice and cool outside. On Sunday night we headed out for some local Mexican and Kaden continued his dancing ways. I think Spanish music might just get his hips moving the most! 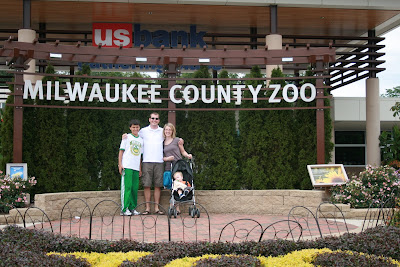 We were all very sad for Monday to come since we knew it was our last day of fun but we ended our stay with a bang at Miller Park. We had the best seats and food in the place. We sat at the right field wall at  Friday's Front Row. The kids were able to sit in highchairs and we were able to enjoy the game, food and each other. I am not sure if there is any other way to take in a ballgame with kids! And on a side note-we aren't Cardinal fans but it doesn't seem to matter what ballpark we are at this year, they are in town playing. Cubs vs. Cardinals and Brewers vs. Cardinals. ICK! 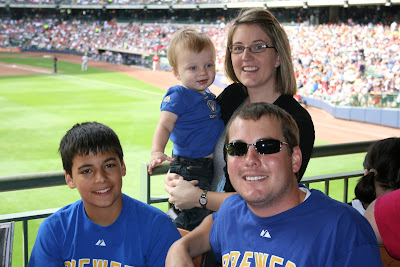 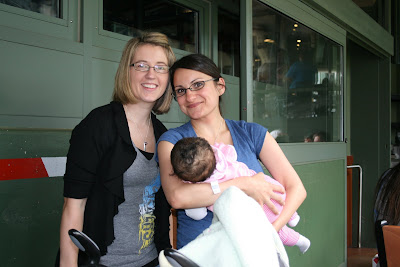 It was early to bed on Monday for our early flight out this morning. Justin took Brett back to my parents while I got the house pulled back together and laundry started. Kaden and I also got to drop off the donations from his birthday bash at Operation Breakthrough-they were so excited and thrilled to receive new toys for the kids. 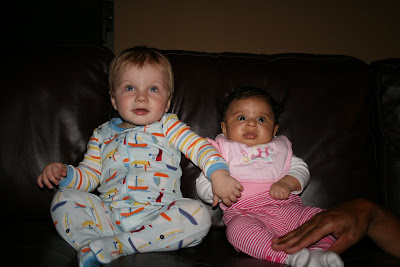 A few extra observations on our trip: 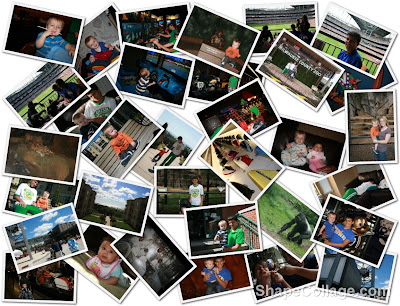 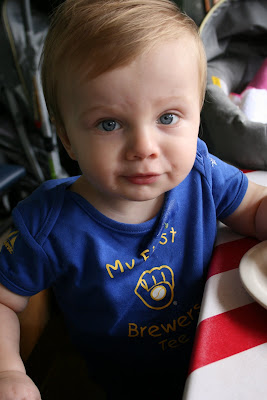 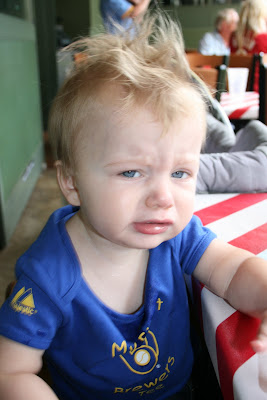 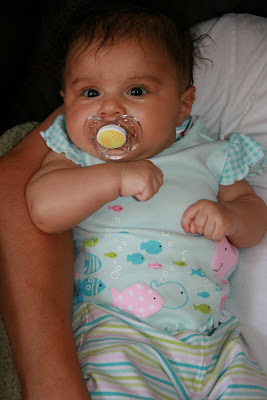