Most everyone knows that I am a control freak, which might be the understatement of the year, and this week was certainly goint to test my patience. After I found out that I was heading to Ft. Lauderdale I asked Justin if he wanted me to reschedule Kaden's 6 month check up and his 6 month pictures and to my surprise, Justin was willing and ready to step in and not only be Mr. Mom for 4 days but to be Mr. Super Mom! Piggy and I said our goodbyes early Wednesday morning and headed for the airport. 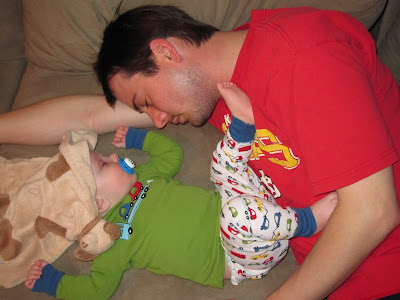 The Boys before the night before I left. How precious. 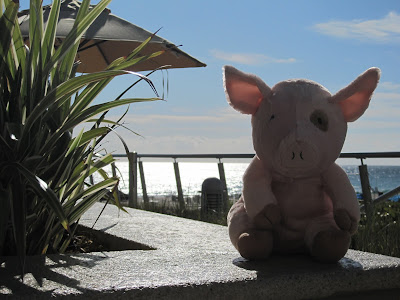 Piggy in Ft. Lauderdale
Justin decided to take advantage of the quality time that he had with Kaden and took both Thursday and Friday off from work. On Thursday, the boys headed to Kaden's 6 month check up and we got yet another good report card. Kaden is now 17 lbs. 12 oz. and 27 1/4 inches long, which puts him in the 50th and 75th percentile respectively. They also get their head measured and Kaden was in the 95th percentile here, I hope that means he will be SUPER SMART! We are now sitting up with total control and you can tell he is itching to really start moving around but he just doesn't have that upper body strength yet. I would say we would work on belly time more each day but the little monkey rolls over every time we put him on his belly!! How can one work on his upper body strength when he won't stay on his belly? K-Man also got his 3rd round of shots at the doctors on Thursday, which Justin said he cried for just a minute but quickly settled down. It was great knowing that the boys made it through the doctors visit without any mishaps, but then again, I had complete faith! ;0) 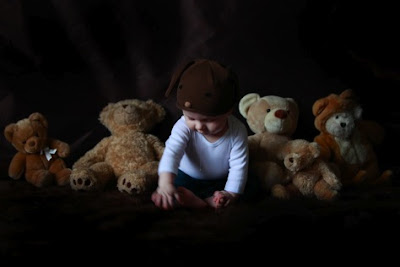 This is my favorite!
I will admit, I was a little worried about Kaden's 6 month pictures on Saturday since it was the first time we would be using this new photographer. I gave Justin the directions, sat out Kaden's clothes, and told Justin to make sure he looked presentable too in case he was in the pictures as well. Other than that, there wasn't much I could do from 10 states away, I just sat and waited to hear how they went, I might have said a little prayer too! After having viewed the pictures, I am not sure I just let Justin handle them from here on out, because as you can see, they were SOOO good and Kaden did so well for Janie. We will have a cd of all the pictures soon and I will post more once those are available. 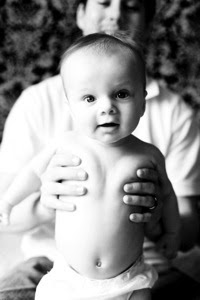 Today, we decided to have lunch with the Berberiches and the Walshes at Grinders before heading down to the Kansas City Car Show. The car show was quite the adventure, Kaden slept for the majority of it in the new stroller daddy bought on Thursday (yes, he even went to Babies R'Us and picked it up after the doctors appointment-we needed a smaller one to travel with easier). While at the car show, I sat Kaden in one of the KIA SUVs and as I was letting him sit in the backseat I was explaining to him that I needed to let him sit in the Acura MDX, seeing how that will be Mommy's next car, and I guess he agreed with mommy because up his lunch came! We quickly wiped it up and got the heck out of there, lucky for us there wasn't a big crowd huddled around KIA! 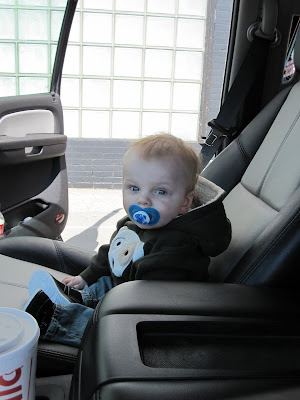 Up next, SWIM LESSON! Check back for some great pictures and stories!! 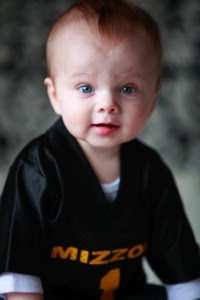 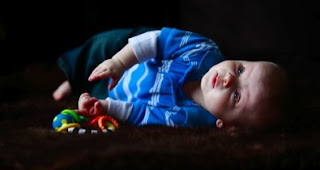 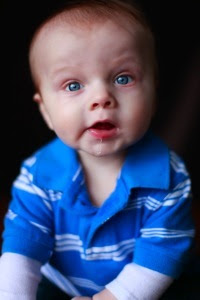 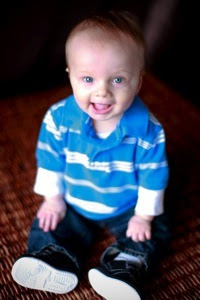 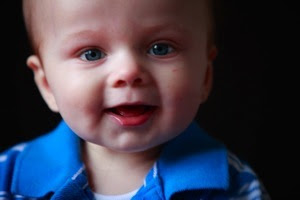 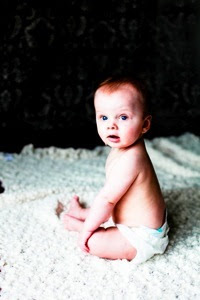 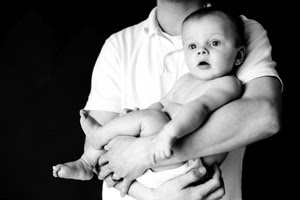