Our son is quite the pooper. I didn't even imagine that we would be changing his diaper as many times as we are. I think he actually thinks it is pretty fun game to play. He have now nick-named him Poopy McPooperson! 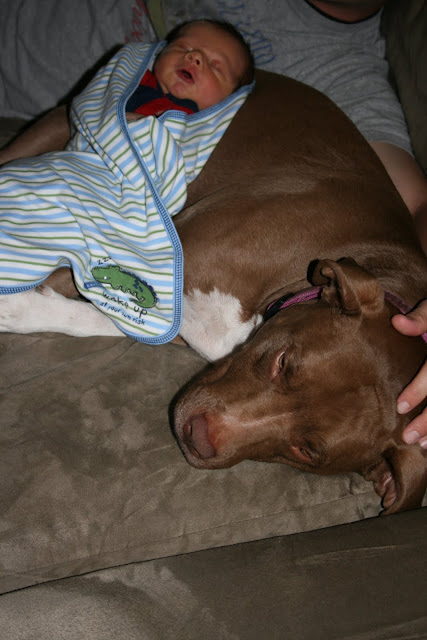 Kaden is now 5 days old and we are starting to settle in at home. The dogs have been fabulous and have really taken a liking to Kaden. 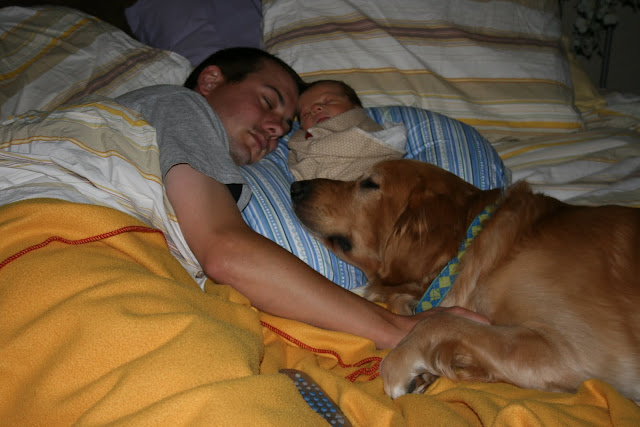 We are also starting to figure out his personality.
Today, Daddy got up and took Kaden to the farmers market for his weekly trip and then came home and fixed potato soup for college game day. Justin has been looking forward to this day for some time and now that Kaden is here, it is that much sweeter for him. He can only talk about the day that he will get to take Kaden to his first MIZZOU game.
Mom leaves tomorrow, pray for us!